Diesel engines, unlike their petrol-engined counterparts, do not rely on spark plugs to induce combustion. By contrast, they rely entirely on high compression to raise the temperature of the air to such a high point that the diesel fuel, when injected into the piston cylinder chamber, causes the fuel to spontaneously combust when it comes into contact with the hot high-pressure air. This means that a Diesel engine needs to have a large and extremely strong engine block.

The problem however with this type of system, is that in cold weather when the engine hasn’t been run for some time (such as the car being left overnight) the large engine block becomes very cold. This results in poor starting because the heat generated by the compression of the pistons is rapidly dissipated by the very cold engine block acting as a heat sink. The engine is then unable to start because it cannot generate and maintain enough heat for the fuel to ignite. 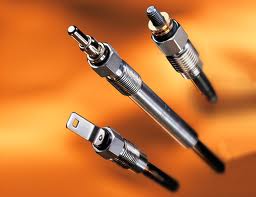 As with spark plugs in petrol engines, at some point these glow plugs will need to be removed for cleaning or in the case of worn or damaged glow plugs – replaced.

However, an increasingly common problem in modern diesel engines of today is that it is stubborn to remove Glow plug, a problem only discovered when trying to remove them!  This, unfortunately, can and often results in the glow plug being ‘snapped’ off in the head resulting in a broken glow plug, typically leading to the prospect of an expensive repair bill. The normal method of extraction usually requires the head to be removed and a specialist engineering shop employed to remove the broken glow plug. Removing the head from the vehicle is not only time consuming (with often the need to remove other components first before removal of the head can take place), but also requires more parts when it comes to putting the head back on such as new gaskets and new head stretch bolts.

Here at Midland Diesel Solutions, we have invested in the latest equipment that has enabled us to provide a broken glow plug removal service with a high success rate – often without the need to remove the head from the vehicle. This ultimately means a lower repair bill and a quicker ‘back on the road’ time.

Since the introduction of the Diesel Particulate Filter (or DPF for short), it has never been more important to ensure that you have correctly operating glow plugs as poor performance of glow plugs has proven to be one of the causes of a DPF not being able to regenerate itself.

Midland Diesel Solutions website is owned and operated by 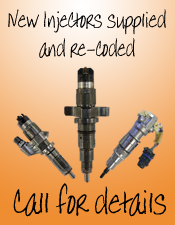